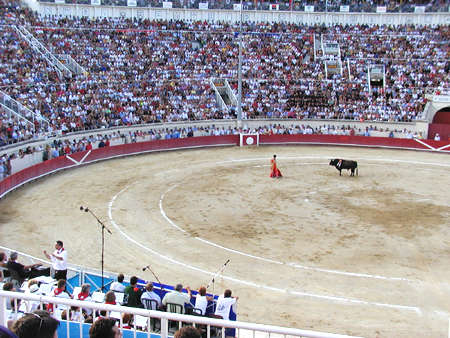 The contentious Feria - Bullfighting is at the centre of these Summer celebrations with music, theatre, fun fair, thousands of people, dining, wining, and getting merry.
See international musicians playing their stuff in this event that is held each mid august 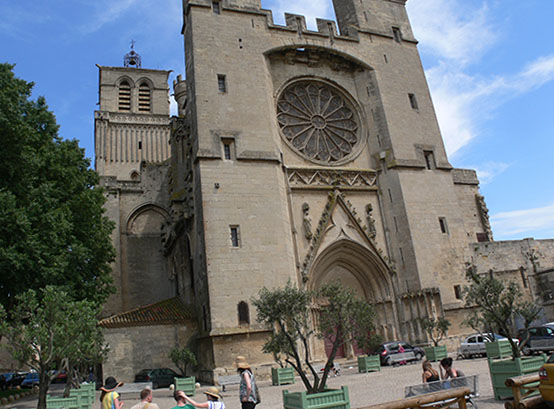 Although parts were built in the 8th Century in main the cathedral was constructed in the 13th century. The monumental Gothic cathedral stands guard over Beziers, overlooking the river Orb. Its west face is dominated by a 10 meter wide rosette window, which pools light into the cavenous interior. Take a climb up to the galleries and beyond up into the tower, to have a grand view of Beziers, and the surrounding villages, hills, and the Mediterranean sea.

Take a walk to the Cloisters with decorated with sculptures from the fourteenth century. Further on take in the Bishopric's gardens, that have further great views of Beziers, the river and the Canal du Midi.

A set of 8 locks was built in 1667 on the Canal du Midi creating a spectacular view of artificial waterfalls, against the panoramic view of Beziers. The locks climb 21.5 meters in 300 meters of length. There are in fact 2 more locks that go down to the river edge but these are not used. In 1990, a sloping channel was created to shunt boats up and down, to speed up the process .... as up to 70 boats pass through the locks each day in the Summer months.

Another piece of engineering is the Pont-Canal which was built in the mid 1850s. Up to that time boats crossed the river Orb, chancing at times the immense flow of water that occurs during floods. The new bridge, created a new port, replacing the older more sedentary Port Notre Dame.

For those seeking solitude or decaying aristocratic mansions - the Musée Fayet, houses the voluptuous sculptures of Injalbert, who created works all over France; for a wider span of paintings and art in history (includes Delacroix, and Dufy) visit the Musée de Beaux Arts in the Hotel Fabrégat, near the Cathedral. 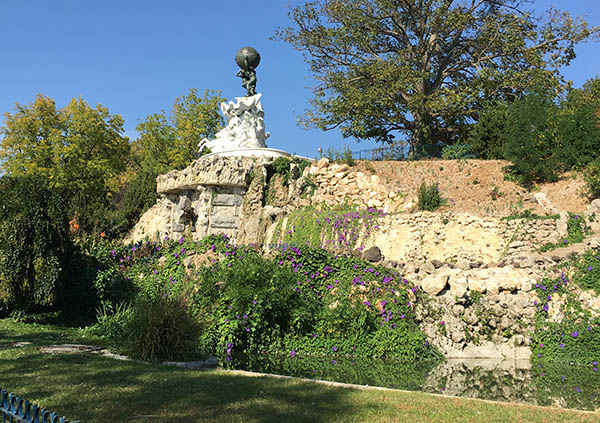 Near the Plateau des Poètes visit the large Musée du Biterrois, housed in an old barracks where you will find all about Beziers and its region - in its archaelogy from stone age to roman age, from dark ages to medieval, from then till now. Everything from natural history to buried treasures are here to entice the eye. 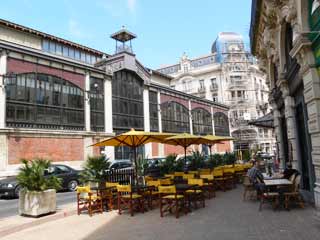 Over the hot summer the Plateau de Poètes provides shade and rest - it was created by the Buhler brothers who also were responsible for the Bois de Boulogne in Paris.

Or for the smells and scents of the market, and restaurants take a walk to the fine wrought iron covered market - Les Halles - near the infamous church of La Madeliene - the location of the murder of the Trencavel viscount in 1167, which in effect brought on murder and massacre of 7000 catholics during the Crusades in 1209 against the Cathars.

For those seeking Roman Ruins, the meager ruins of Ampitheatre is to be found near the Musée du Biterrois, in an open unassuming grassy area.

There are a number of places to go to dance, to zizz, to cool out - L'Usine à Gaz, has vibatious clubbing with special haps including gogos (situated at Quai de l'Orb). The grand Théâtre Municipal (call 04 67 36 82 82 for information) (allées Paul Riquet), has a lovely interior and presents everything from concerts, to ballet, opera, and drama.
For special events, jazz, perfomance go to Domaine de Bayssan - Theâtre SortieOuest - which is a short drive outside Beziers

SNCF Beziers has connections to TGV trains to all over Europe.

"Beziers is a thriving attractive town with an unmistakable Languedoc energy, that comes to the full during the Feria in Mid August - it something you must experience if you have a chance!"

For a quick trip out of Beziers visit Oppidum d'Enserune ruins of a pre roman hilltop town, with stunning views of the Etang de Montady, a dart board irrigation area