May on the Canal du Midi at Roubia. Languedoc. South of France
It was only a few years ago that there was
a more beguiling seduction of Canal du Midi weaving its magic through Languedoc 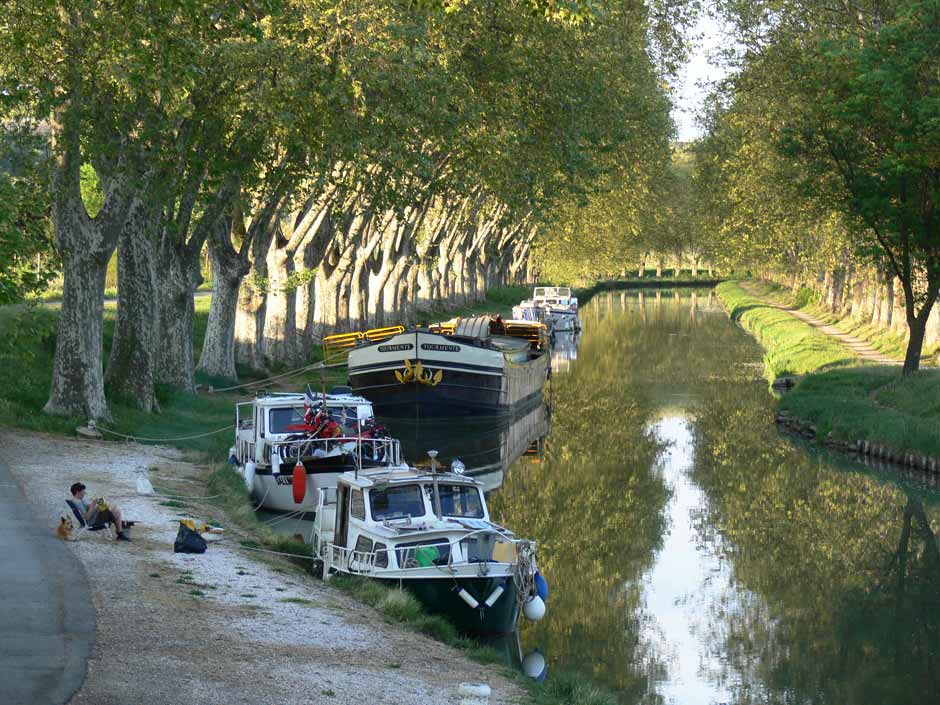 The pretty village of Roubia on the edge of the Minervois wine region. Canal du Midi between Carcassonne and Beziers.

THE CANAL DU MIDI IS PARTICULARLY PRETTY BETWEEN AGDE AND CARCASSONNE

There is nothing better be it Spring, Summer, or Autumn, to saunter along the Canal du Midi along its banks, or on its canal. The eloquent bends of this world heritage treasure (UNESCO) are pleasing to all. Each village or town that borders the Canal is full of interest and charm. There are numerous restaurants, and eateries on its banks, as well as in the neighbouring villages. Roubia is one of these - with 2 restaurants - one at the center of the village - La Forchette Folle,  with an atractive dining area in and out; and Lou Mercat, a general store and pizzaria grillade that offers good food at reasonable prices - with the additional feature of being on the canal with views. The church too, which is often open, is something of an architectural question mark with windows in its ceiling, and an unusual tower.