Collioure, jewel of Pyrenees Orientales, in Languedoc-Roussillon. South of France 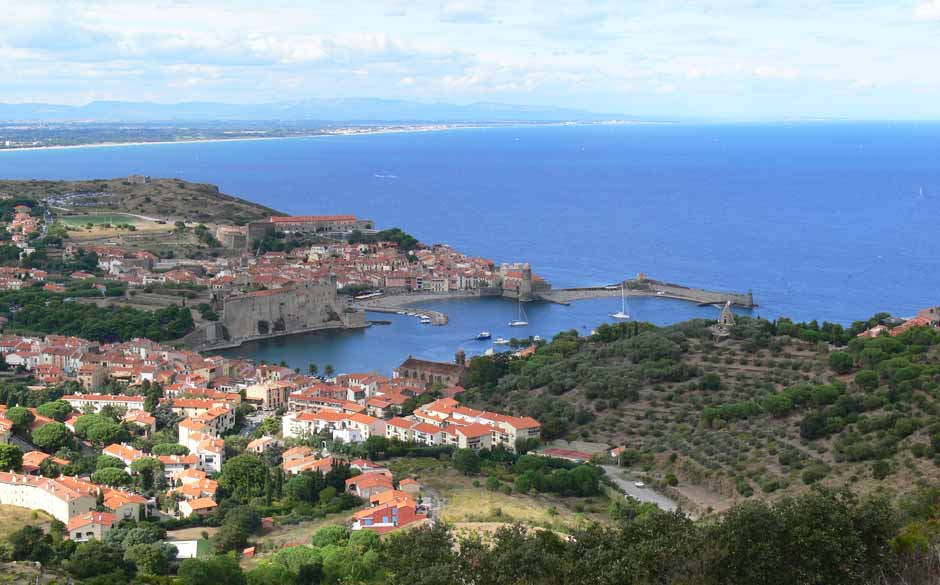 Take a day out from where ever you are in Languedoc and visit Collioure - an artists haven and fishing village in the foothills of the Pyrenees.


Artists were drawn by the light and the effervescent color that made Collioure and the Mediterranean, matched in artistic matrimony. With the pulsing colors of the sea, simmering under the glow of the sun, and potent terraces of grapes, grasping the steep slopes to Pyrenees peaks - Matisse, and Derain could be drunk on inspiration and instigate Fauvism.

Now the village has been scuttled by tourism, but there is still magic to be found. The edifice of the Chateau Royale, home to Templars, and then the kings of Majorca and Arogan, provides a grand foreground to small beaches, with fishing boats, and in Summer large numbers of bathers taking in the sun.

In its sights is the Church of Notre dame des Anges, which has done double duty as a light house, which churches far and wide do anyway. There is richly carved altar inside, so its worthwhile to escape the hustle and bustle, and summer heat go inside.

The view at the top of this page is taken from privately owned Fort Sainte Elme, one of the many castles that dot this picturesque but highly fought over part of Europe.