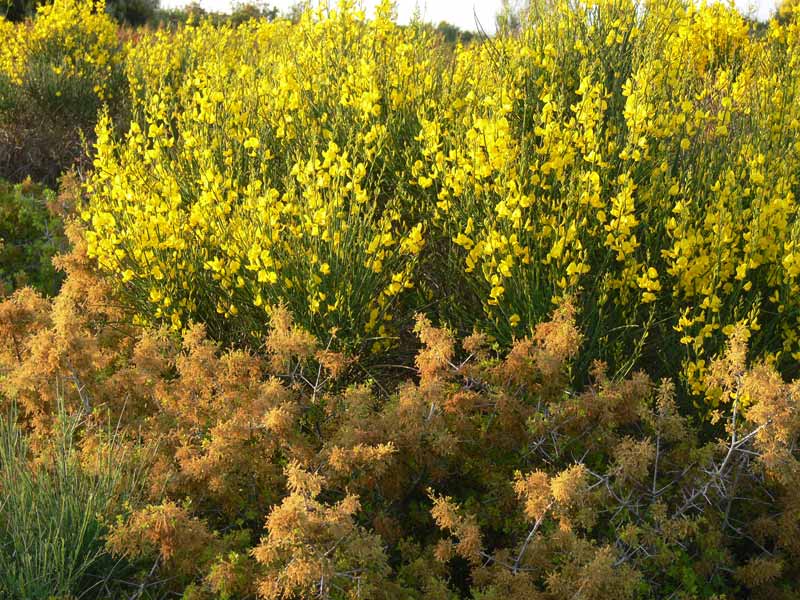 It was originally the emblem of Geoffrey of Anjou, father of Henry II of England. Charles V and his son Charles VI of France used the pod of the broom plant as an emblem for livery and heraldry. As its branches were used for brushing - it became known as broom, besom. Interestingly its used for wasteland reclamation and establishing stable dunes.

For me however its the color, the intensity of it, like an inkling of the gorgeous summer to come

Languedoc, South France. 3.00 pm April 24, 2011.
a page for contemplation and inspiration from the South France Guide