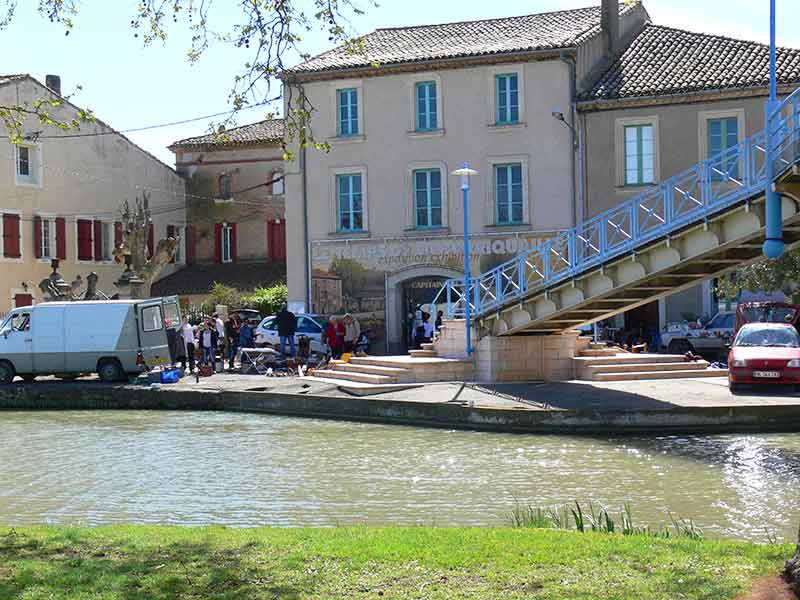 A popular pursuit on Sundays is visiting a Vide Grenier flea market. Homps is particularly popular - with the additional delights of restaurants, barges, boats, shops, and wineries along the Canal du Midi.

Homps was once the site of a Roman villa, and grew to be a thriving village, even becoming the site for an important Commanderie of the Order of St John of Jerusalem. In 1681 with the construction of the Canal du Midi, the village became very popular, as the canal was wide enough for boats to turn around, as well as provide a popular base for the wine trade - with boats going to Toulouse, and Bordeaux or the ports of the Mediterranean at Sete and Agde.

12.15 pm April 6 2014. A Canal du Midi page for contemplation and inspiration for the South France Guide