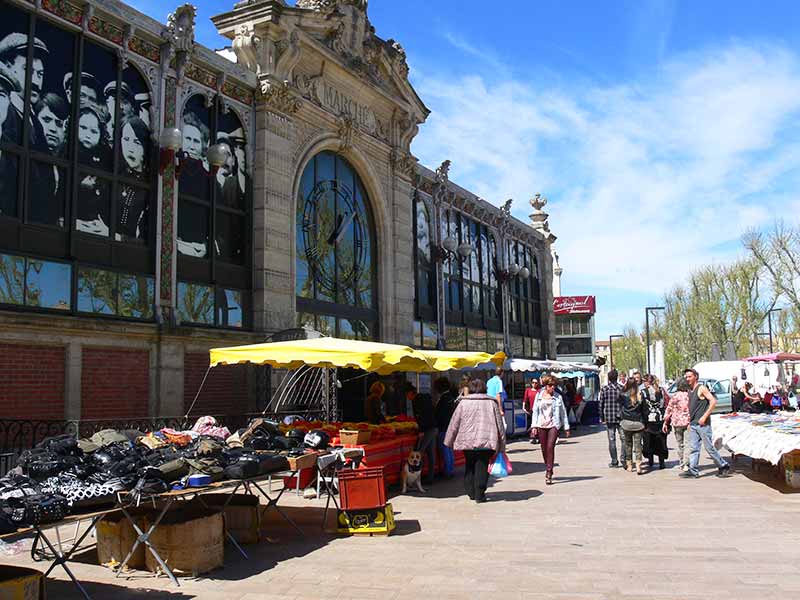 The Sunday market at Narbonne is very popular and in a sense one can get a true feeling for the area.

At its center is Les Halles, a beautiful building, with 80 shops inside, was built at the beginning of the 19th century -- and has often been described as on the best of its kind in France - even I believe quoted by Rick Stein!

There is a tremendous variety of stalls all around Les Halles, and along the newly modernized quays of the Canal de la Robine. Once the shopping is exhausted, there are a number of wine bars, and cafes within the Les Halles, or along the canal, or in the main square, next to the Archbishops palace.

Generally speaking for those seeking a bit of wine for refreshment, its possible to imbibe on Sunday, until 2.30 pm in the afternoon in Les Halles.

A page for contemplation and inspiration for the South France Guide