Spring comes to Olargues, and the River Jaur, Herault, Languedoc 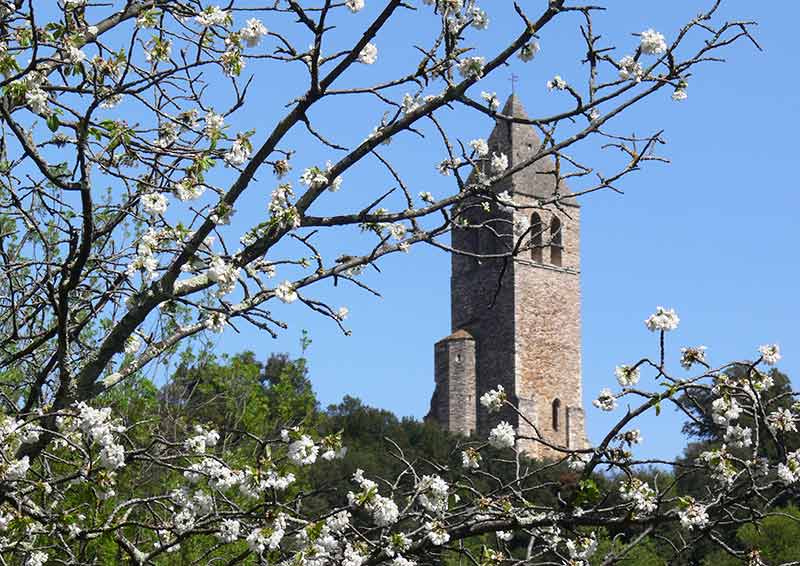 The 15th century bell tower at Olargues, stands proud above the River Jaur, in the river valley wanders past the famous Gorge d'Heric.

Spring flowers on an almond tree herald the beginnings of Spring.

The tower was part of the Church of St Lawrence as well as being part of the old castle, that was besieged in the 12th century by Simon de Montfort, and later the castle was destroyed under the orders of Cardinal Richelieu. Below it across the river is the 12th century "Devil's Bridge".

In 1990 the village was used as the background for the film "Mercie La Vie" directed by Bertrand Blier, starring Charlotte Gainsbourg and Anouk Grimberg - with Gerard Depardieu, Jean Carmet, Annie Girardot, Michel Blanc, and Jean-Louis Trintignant