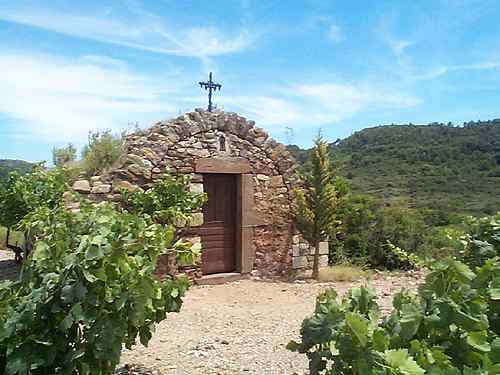 Visit this idyllic chapel near the village of Cruzy. It was once part of a nunnery I believe, and is now in the middle of a vineyard, surrounded by hills, - on top of one hill are dolmens and an oppidum, now partly hidden under brush and the sweet smell of thyme.

For restaurants go to Restaurant Le Terminus, between Cruzy and Quarante;
or Restaurant La Croisade, on the Canal du Midi, just south of Cruzy)