Path to ruin of chapel of Saint Hilaire, near Bize Minervois, Aude 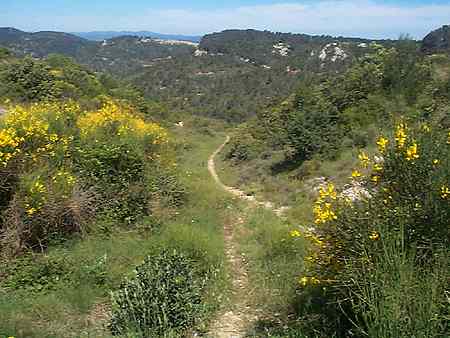 France is a country of discovery. Paths let you throw out the guide book, the maps, and just follow your senses. Here an old path, descends into vineyards, and fruit orchards from a barrow of a hill that stands guard over Bize Minervois and Argeliers. In the distance you see the crest of a hill on the other side of the valley, at the base of which, primitive man lived in the caves.