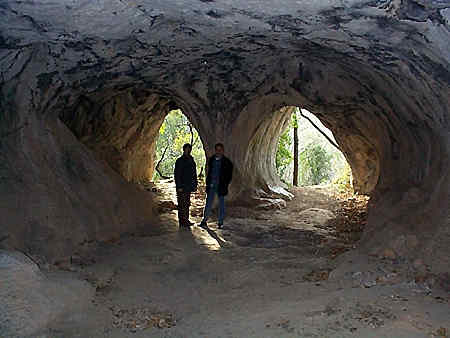 Here, pre-historic man lived, near a stream that is told to be always 12 degrees C in temperature.

Here, these two nostrils of the earth, provide ample opportunity for discoveries of earths deeper parts be you human or bat.
It was here that in 1827, French archaeologist and scientist Paul Tournal, founder of the b, discovered pre-historic remains. Incidentally it was Paul Tournal who invented the term "prehistoric" - so on could say with a certain humor, that this cave created pre-history!

This place is just off the road from Bize-Minervois, a delightful village to visit on the river Cesse