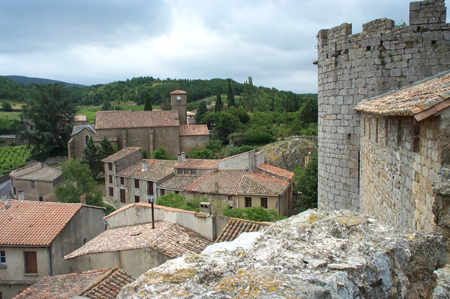 Rather than a castle on top of a hill, which seems the normal case in these parts, the chateau at Villerouge Termenes, seems almost swallowed by the village that surrounds it. However it is on a slight hill and was built at the beginning of the 12th century.

Inside an informative museum tells through the use of video and audio visual media the life and death (by burning at the stake) of Guillaume Bélibaste - the last Cathar parfait or priest to be martyred by the Catholic church (1321), condemned by the then Archbishop of Narbonne - Bernard de Farges.

Like to know what the weather is today or tomorrow? Look at the Weather page.