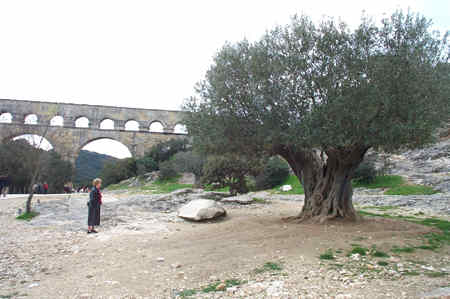 Slightly dwarfed by the awe inspiring Pont du Gard stands this 1000 year old olive tree - which must have seen the world march by on numerous occassions. The Pont du Gard is one of those marvels of the Roman world that astonishes us even in the 21st century - it is well worth the visit, with its marvelous vistas.