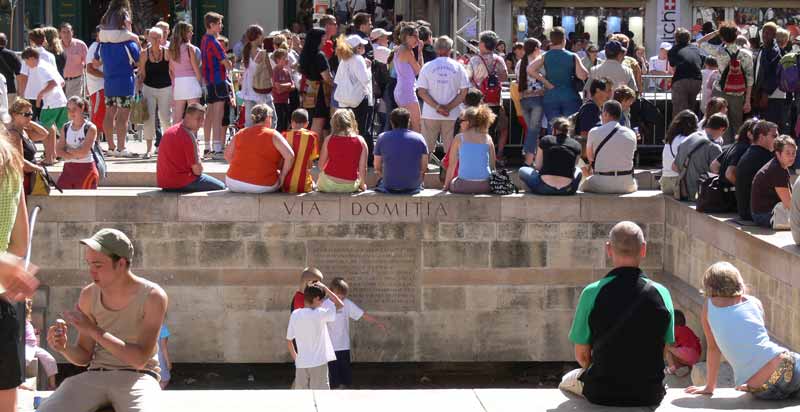 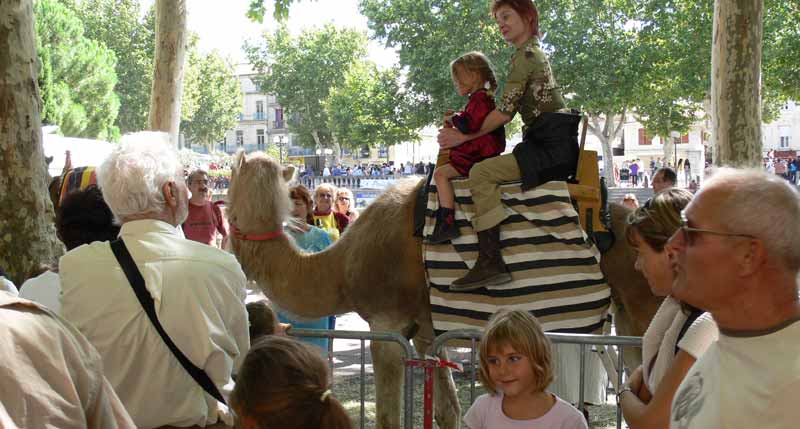 Narbonne has plenty of events, festivals, during the Summer months. Aude, Languedoc

Throughout July and August, Narbonne has events, happenings, performances, concerts, parades to keep one entertained. From wine festivals to Medieval Pageants, to guided historical tours, to snake men, clowns, bands, music, german beer festivals, jazz. Narbonne is a friendly amusing lively place to be with lots of things to do over the Summer Months.

In the main square, of Narbonne - place de l'Hôtel de Ville, in front of the Archbishop's Palace, with the entrance to the tall Donjon, which you can climb 162 steps to see a great view of Narbonne, and surrounded by numerous cafés and shops, including the glorious Aux Dames de France department store (which it would be lovely if the city renovated the exterior to its former glory), one can find this hole in the square, where one can tread on the actual stones of the great Roman road the Via Domitia. The square is the center fold of Narbonne, where all the main events go on - a square that the town dresses up to host the numerous events.

For a few days Narbonne becomes Medieval, with strolling players, performances, reenactments of sword fights, jugglers and one can visit a Medieval market selling drink and food "of the period" as well as enjoy more modern activities - or take a camel ride!

Previous Photos of the Week