On that first day in France, in Paris, leave the metro behind, walk and discover the Parisian soul. The Rodin Museum in the Hotel Biron and gardens is a delightful and romantic setting to view the works of one of the world's greatest artists. Revel in the passion, for life and living, and sit amongst the fountains and statues, perhaps eating and drinking the plain pleasure of bread, cheese and wine. Look up at the Eifel Tower, wander to Les Invalides, and Napolean's monumental tomb, or rekindle existentialist vie in the charming Saint-Germain-des-Prés quartier. 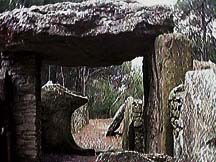 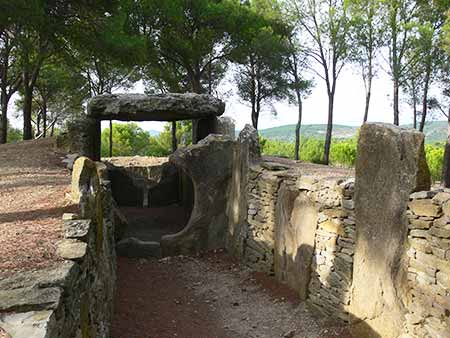 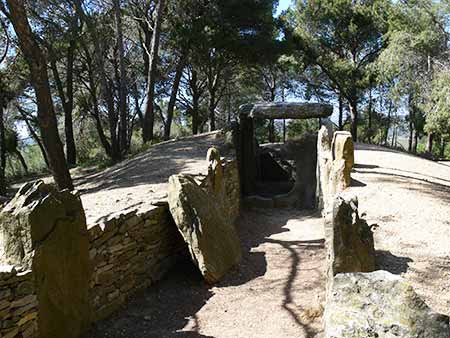 This large dolmen, thousands of years old, is half hidden on a wooded knoll beside the D168. Above on the hills to the north are many other dolmens, some hidden, some sign posted. Near to and well worth visiting is the 12th century church of St Germain-de-Cesseras, as well as the lovely seven sided church in Rieux-Minervois. To find: go to the north of the main road from Carcassonne to Beziers, aiming to go through Olonzac. 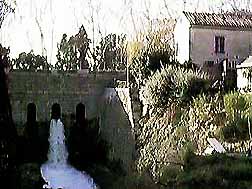 Sitting outside, the sun blazing down, sipping a beer, with the light glinting on the water, at this intimate and friendly restuarant, was the only thing to do over the weekend. The building dates back to the late 17th century. Nearby the canal crosses the River Cesse, over a bridge built by Marshall Vauban in 1686. It is an idyllic and quiet spot, the clear cool river providing opportunities for swimming and fishing. 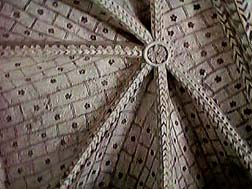 Last Sunday afternoon, as the sun beat down, and the almond blossoms were in full bloom, I decided finally to see the medieval frescoes in this lovely chapel. A chapel with frescoes from the 13th to 15th centuries: The Resurrection of Christ, SS George and Bernard, a Tree of Jesse, with walls festooned with geometric and floral designs.

It was a perfect Sunday stroll, to walk down the old path to the church, and to the left and right were Capitelles - old stone shepherd shelters, and up on the hill you could see the faint outline of an old gallo-roman fort.