Nothing is more delicious than to be aboard a canal boat on the Canal du Midi, in the midst of Summer, under the thankful shade of plane or other trees. Or to walk or bike along its shores, discovering rivers to swim in, or restaurants to ease in the afternoon.

Half an hour after arriving by plane, at the international airport at Toulouse, one can find oneself walking around the splendid Place du Capitole, lined by restaurants and bookshops, as well as the Capitole (1750-3), which was the assembly hall of the municipal magistrates (Capitouls), and the nationally renowned theatre. 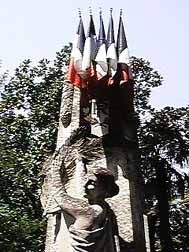 On a busy Sunday, the streets full of people, flags flying from the Marie, this memorial statue in the elegant gardens in St Chinian, shows the pride there is for this great country. This holiday weekend is marked by festivities all over France, from candlelit processions, to firework displays, to people dancing in the streets. Vive La France! 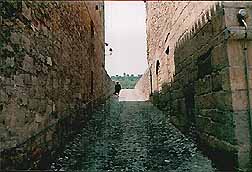 Walking the cobbled streets of Lagrasse in the Corbieres, one can easily be transported back in time. The bridge here dates back to 1308 and connects the walled town with the abbey that was founded under Charlemagne. This is a great artistic center, and there are many studios to visit, along with art fairs, to wander through.