On the Canal du Midi, between Le Somail and Paraza, near Narbonne

A little history - Ventenac was originally founded by a Roman soldier, as his retirement home - Villa Ventenachus, probably before 300 AD. It was at the center of a large property with vineyards and olive trees. The villa was later ransacked and looted by the Visigoths in the 5th century. ( A treasure trove of silver was found in a tomb at Font de Dones between Ventenac and Ginestas).

In 856 King Charles the Bald (Charles-le-Chauve) , gave the village, and its lands, to Fredol, the archbishop of Narbonne. In the 13th century it was taken by Simon de Montfort, during the Cathar crusades.

By the second half of the 15th century, Ventenac becomes part of the Civil Diocese of Narbonne.

The late 17th century, under the management of Pierre-Paul Riquet, Baron de Bonrepos, saw the construction of the Canal du Midi. It lasted from 1666 to 1681. Its construction required nearly 1,000 workers, including no doubt, some villagers from Ventenac. It was between Ventenac and Paraza where the first canal bridge in the world was built (Pont Canal du Répudre).

Around the 20 May 1681 all the inhabitants of Ventenac gathered to watch the inaugaration of the Canal du Midi with an ornate boat carrying Riquet's son, Count Boroman with a group of important local notables, followed by a twenty boats loaded with English and Dutch goods, transported on the way to the Fair at Beaucaire. Sadly, Pierre-Paul Riquet, who died in October 1680 never saw the inauguration of channel. 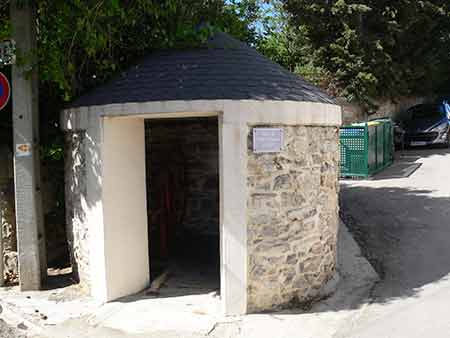 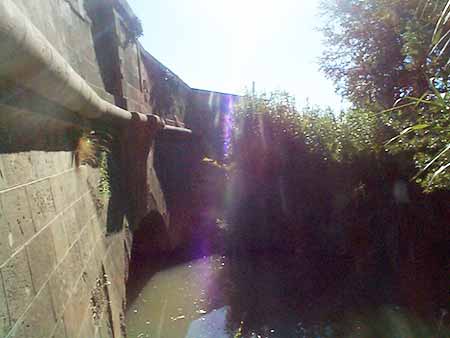 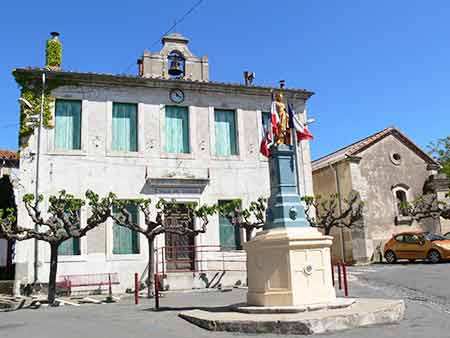 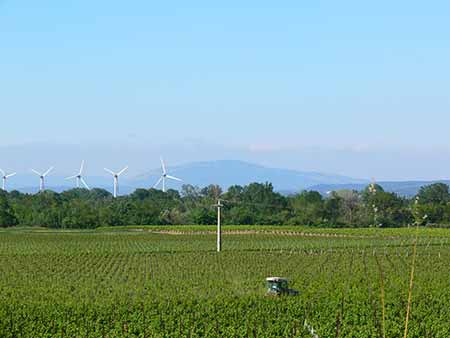 View across Aude river valley, with vineyards, from Ventenac-en-Minervois 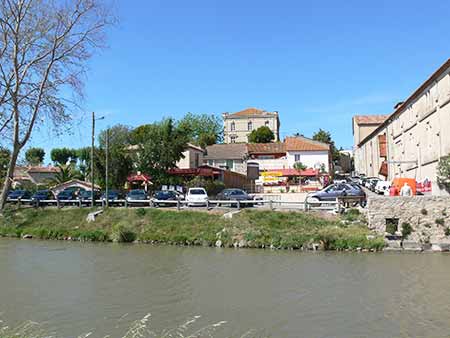 Restaurants overlooking the canal at Ventenac-en-Minervois 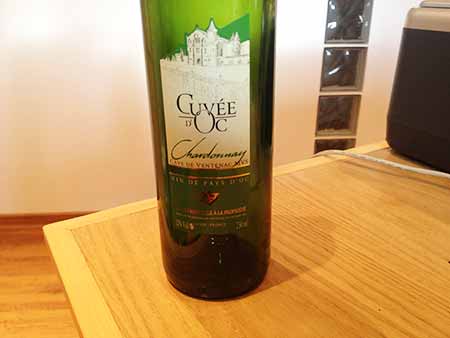 It was at the end of the nineteenth century and until 1914, that Ventenac was at its busiest. The quay along the canal constantly cluttered with huge barrels of wine waiting to be loaded on barges. They were for the most part sent to "l’Epargne de Toulouse" a large wine company at that time. The barrels came to Ventenac, from the vineyards and villages around, on long carts that were drawn by horses through the village, and access to the canal side road was very difficult. With the steep descent, barrels would often break loose from carts and roll down the hill side into the canal.

A new road was later built in 1922, so that the approach to the canal was more gradual

Another interesting trade, were figs brought from Italy
, that were destined to the local factory called "La Fabrique" to make fig alcohol. The employed many workers, and probably due to low wages, a fire was set by employees, and the whole place burnt and exploded.

Initially after the construction of the canal, water was pumped out of the canal, to irrigate a nursery for the Plane trees, that now are planted along the canal. In later years, this was turned over to local vignerons for the cultivation of vines - principally Carignan - some of which is still used in the production of wine

The castle up to its present part use as a holiday residence (the property has been sub-divided), was owned by various persons including a banker from Beziers, and an Ambassador to Moscow.

The wine cave, with turrets, on the border of the canal was built in 1880 during the height of the wine trade.

During 1904-6 there was a lot of anger about the low wages, and working conditions of vineyard workers - that created the background to the following letter (approx Jan 9 1904):

Our struggle continues, more intense than ever. Since yesterday we have in our walls 190 gendarmes to hold in check 28 strikers. Our demands are more than just, we must stand up to our exploiters because if we are defeated it is a big disaster for us and all the surrounding country.

Therefore, we have again to call on your solidarity to help us to victory, and not be defeated by the employers

Counting on you morally and financially

Eglise Saint Pierre and Chapelle de Calvaire. The church in Ventenac-en-Corbieres is a great mystery. First of all its difficult to find, in the center of the village - and secondly very little information is available about it. If there was a Bermuda triangle on the Canal du Midi - this is one of them.

The village has a rather interesting cemetary, with signs mentionings its notable persons - including Abbe Alexandre Planton (local priest from 1866-68), and the Andreossy Family, one of which worked closely with Paul Riquet in creating the Canal du Midi; another family member was director of Canal de Junction - which joined Canal du Midi with Narbonne and the sea.

Ventenac is a lively village, with an exceptional wine cave - particularly known for its impressive whites, and reds.

There are a couple of popular restaurants overlooking the canal, with commanding views over the Aude river valley, with the Corbieres hills, and the Pyrenees beyond. For restaurants in the village I particularly recommend La Grillade du Chateau.

There are also flea markets (vide greniers) that are held along the canal, usually on a Sunday - which are well worth visiting. On the canal frontage, there is also a small food store where you can buy bread, and local produce.

Bridge over Canal du Midi at Ventenac - with what is supposed to be the oldest plane tree on the canal. Is it still there?